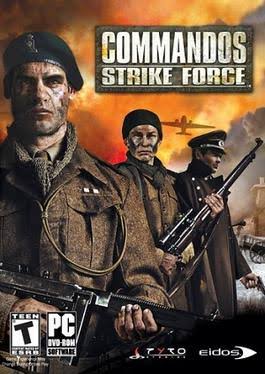 The Commandos saga has a place of privilege among strategy games as one of the most renowned sagas, managing to mix action, stealth and millimetric mission planning in the same game. But there comes a time when it is necessary to change and evolve, and Commandos: Strike Force is exactly that, the logical evolution. A complete FPS set in the Second World War, but still maintaining the Commandos flavor.

An entertaining FPS from the Commandos saga

Commandos: Strike Force is a game where we will use three characters based on the original main characters from the saga, a Green Beret, a Spy and a Sniper, each one with his own set of skills and options. We will only control one of the characters at a time, but the game consists in changing between all three of them to complete the mission. Exactly the same as in the original Commandos, but now in an FPS.

The variety of missions is incredible, even though, taking into account the amount of video games set in WWII in the last few years, we have probably seen more or less the same thing quite a few times. Nonetheless, the need to use all three characters to complete each mission does give it a new touch.