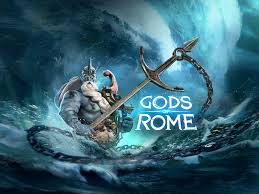 Ancient Rome was one of the most exciting periods in the history of mankind. Its legacy was enormous, with a huge mythology that now stars in Gods of Rome, the Gameloft title that represents battles between gods from the Roman pantheon.

A real battle between Gods

In this fighting game for Windows, the main characters are Roman Gods and other mythological or historical characters closely related to Rome: Zeus, Hades, Vulcan, Spartacus, Atlas, Medusa… They are all part of a team of fighters that will have to battle it out against each other.

Face up against al the gods of the Roman pantheon.

Now that you know, choose the game’s best characters and embark on the wildest Roman adventure you’ve ever seen.