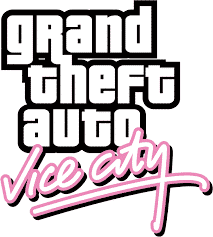 Grand Theft Auto: Vice City features realistic 3D graphics, and it is presented in a third-person POV. While the graphics of Vice City is definitely a product of its time, that doesn’t mean it doesn’t have its own charm. Nowadays, Vice City’s graphics tend to fall into the uncanny valley due to the limited technology when the game was made. However, you can still see why it was revolutionary at the time.

Vice City itself is designed beautifully with its neon colors and 1980s aesthetic. The character, environment, and vehicle designs all look unique and interesting. The textures do seem a bit outdated and the game doesn’t have the same level of detail as modern games. However, for a product in the early 2000s, its graphics are nothing to sneeze at.

There are many side quests for you to fulfill, and most of them require committing all sorts of crimes to finish. To accomplish your objective, you will have to kill, steal, kidnap, carnap, and rob innocent people. Don’t get too cocky, however, as law enforcement will soon be on your tail if you get carried away with your violent actions.

After serving fifteen years in prison for his crimes in Liberty City, Tommy Vercetti was released and has returned to his old boss, Sonny Forelli. Upon his return, Sonny sends him to Vice City to oversee the Forelli family’s drug trade operations. However, rather than be subservient to the Forelli family forever, Tommy decides to seize his opportunity and set-up his own family at the heart of Vice City. What follows is a gripping plot filled with betrayal, crime, and drugs.

Navigate the seedy underbelly of Vice City and fight both a powerful mafia family and the law at the same time. With the player’s help, Tommy Vercetti will succeed in crushing all those who oppose him in his quest to establish a family of his own.

The Grand Theft Auto series has always been controversial for its themes of violence, sexuality, drugs, and crime, but there’s no denying that these games were created with effort behind them. GTA: Vice City features a very engaging plot with memorable characters. Set in the fantastically designed Vice City, it’s no wonder why this game is considered a classic even to this day.