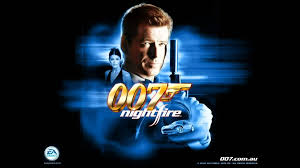 If there is a secret agent in the world of films and literature that is known all over the world that has to be Bond, James Bond. The famous agent 007 has been played over the years by many great actors from Sean Connery to Daniel Craig, being Pierce Brosnan one of the most important of them. And now you will be able to take on his role in James Bond 007 NightFire.

A new adventure on her Majesty’s secret service

Generally the 007 games are based on the films, but James Bond 007 NightFire introduces a totally new story, allowing the player to move around the parallel universe in which Bond is so well known without having the drawback of knowing the script beforehand.

As it happens in any worthy James Bond adventure, 007 is equipped with his Walter P99 (the gun that replaced the classic Walter PPK) and a full selection of gadgets provided by Q.

And it will be up to the player to decide when it’s the best moment to use each of these gadgets, because they will play a very important role in the game’s development.

Download James Bond 007 NightFire and take on the role of the most famous secret agent.