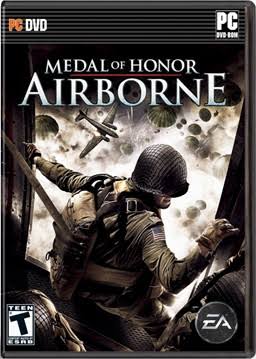 One of the best sagas that have ever been available for both computers as well as video game consoles is, without any doubt, the one formed by the Medal of Honor games. First launched in 1999, it set the basis on which many current Second World War games are based, one of the conflicts that have been recreated more times in video games. In Medal of Honor: Airborne we’ll fight in Europe once again, but this time we will play the role of paratroopers.

Become a paratrooper from World War 2

One of the best things about this saga has always been its settings and the incredible quality and originality of the stories and recreations that can be played, that is why the focus from the point of view of the paratrooper Boyd Travers has had such a success. Fighting in the allied forces as a member of the US 82nd Airborne Division, the soldier that we play has to manage to complete his mission and stay alive. This time around, we won’t start in a base, the vast majority of the missions will start in the air, something that is a very important disadvantage.

To counteract the hordes of Germans that will try to kill us we will have a full arsenal of weapons available, all of them rather real recreations of the original weapons, that we will have to use at our own discretion. But be careful, we won’t be able to carry all of them, so we’ll have to choose wisely.

One of the saga’s strong points and the same happens with Medal of Honor: Airborne, is always its graphics and sound quality, even though nowadays it has been beaten by subsequent installments, the truth is that, when launched, this game set a technical milestone.