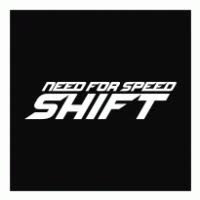 Need for Speed is probably the most important franchise when speaking about arcade driving games, and it has always delighted the users due to its carefree streetwise nature, but it seems that EA (Electronic Arts) has decided to place its confidence on a more sober and professional title for its latest version of the game.

Need for Speed Shift reaches computers worldwide with lots of power, offering a wide range of cars (all of them customizable) to play with, and many of the most important and stunning circuits in the world like Willow Springs, Laguna Seca or the London urban circuit, where we will be able to feel all the speed, but without the necessity of worrying about the police.

With an incredible graphical environment, that will make us feel the tension as soon as the traffic light turns green, and an unbelievable playability, that is half way between an arcade driving game and a simulator like GTR.

Download the demo of Need for Speed Shift and compete on the London urban circuit with four different vehicles.