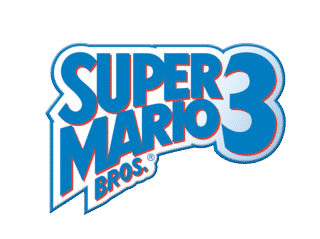 Mario is the most famous plumber in the world of video games. Ever since Nintendo introduced him in that adventure in which his mission was to save Princess Peach from the evil Bowser, he has become a true video game icon. This classic has been exclusive to consoles such as the NES, Super NES, Wii or Game Boy for many years, but over the last few years it has also become very popular on other platforms, specially due to the release of Super Mario Run for iPhone and iPad, announced during an Apple keynote some months ago and also in APK format for Android smartphones and tablets.

However, the users of Windows, Mac and Linux have never been able to enjoy playing an official version of any of its games. The Japanese company has rejected the possibility to take its video games to any of these games to these desktop computers. Even John Romero, creator of Doom, was denied the chance to develop a PC version.

In any case, some people still don’t give up and are make an effort so that we can all enjoy one of the best video games in history, bringing Super Mario Bros 3 to PC. Totally free of charge.

In this version hardly anything has changed regarding the edition that was a hit on video consoles over 25 years ago: platforms, enemies to be jumped on, tunnels that lead you to other settings, your inseparable Luigi…

A video game and platform icon that can now be played from your desktop.

What can we expect from Super Mario Bros for PC?

Well, precisely everything we already know. However, it’s never a bad idea to remind this functions and features:

Easy to install, no complications whatsoever

One of the most noteworthy aspects of this game is how simple it is to play. Take into account that the rest of options to play Mario on your computer have to do with installing emulators which sometimes can be hard to configure and downloading files that might work or might not. In this case, we’re talking about a simple development. The user only has to download, install and run the game.

You’re definitely going to love this PC adaptation of the great arcade game because it’s so faithful to the original title and full of simplicity and originality. Don’t miss out on the chance of downloading it and having a game.