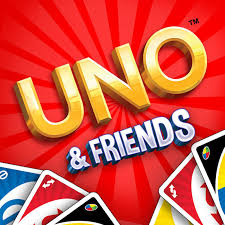 UNO is definitely among the most popular card games in the world. The latter is based on a color code that establishes the rules of the game and has leaped from the physical deck of cards to the virtual world. We can find it on different platforms such as Android smartphones and tablets, with the corresponding APK, iPad, iPhone, social networks such as Facebook or even video game consoles of the likes of PlayStation and Xbox. And of course, as couldn’t be otherwise, we’ve also got UNO for PC.

The board game in its desktop version for Windows

Like the majority of card games, the latter is also a social game. That’s why it incorporates online multiplayer support, so that you can play with your friends and family from your computer in the easiest way as possible or, if you prefer, against players from all over the world that share your same hobby.

A game that’s less than 50 years old but is very popular all across the world.

In this version developed by Gameloft we’ll find features such as the following:

How to play UNO?

The rules of the game haven’t changed much since it was invented in 1971. As you already know, the aim of the game is to get rid of all the cards you start off with, saying the word Uno when there’s only one left in our hand. If another player realizes that we haven’t said it, we’re penalized by picking up two more cards.

Cards are divided into 4 colors (red, blue, yellow and green), and each color has cards numbered from 0 to 9 (two cards for each number except 0 that only has one). In turn, there are also other special cards that change the game flow (miss a turn, make your opponent steal a card, change the direction of the gameplay…).

To be able to throw your cards you have to follow the color or number on the table. So, now that you know, download this version to your computer and rediscover this entertaining game with millions of fans all over the world.