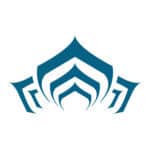 To be able to enjoy playing decent games, there’s no need to spend big bucks. We’ve seen plenty of well-known examples such as Fortnite, based on a freemium model, in which we don’t have to spend a cent if we don’t want to. The same goes for loads of open-source video games or the rest of freemium titles as is the case with Warframe.

Become a Tenno and defend the Earth

It’s an online third-person multiplayer shooter game set in a futuristic and apocalyptical environment, based on support and cooperation missions. Games are played by up to 4 or 8 players if we’re taking part in a special mission.

The game tells us the story of the Tenno warriors, survivors from the Ancient War, who wear Warframe armors. They’ll be required to face up to the Grineer, an alien race that’s spreading all over the Solar System. As a Tenno, we’ll have to put on one of those armors to learn who to master it. There are dozens of them, including prime armors of a higher level, and each one of them provides our soldier with different special features and skills. Therefore, you’ll have to get hold of the one that suits your playing style the best and learn to control it.

You’ll fight against the different Grineer factions and enjoy the game’s stunning graphics as well as plenty of action in this science-fiction shooter that will delight the most demanding action gamers.