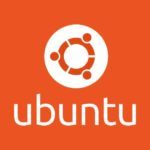 Ubuntu will work with your existing PC files, printers, cameras, music players and smartphones – and it comes with thousands of free apps.

Enjoy the simplicity of Ubuntu’s stylish, intuitive interface. Fast, secure and with thousands of apps to choose from, Ubuntu gives you a clean and streamlined experience that you can really make your own.

You can surf in safety with Ubuntu — confident that your files and data will stay protected. A built-in firewall and virus protection are available. And if a potential threat appears, we provide automatic updates which you can install in a single click. You get added security with AppArmor, which protects your important applications so attackers can’t access your system. And thanks to Firefox and gnome-keyring, Ubuntu helps you keep your private information private. So whether it’s accessing your bank account or sharing sensitive data with friends or colleagues, you’ll have peace of mind when you need it the most.

Ubuntu works brilliantly with a range of devices. Simply plug in your MP3 player, camera or printer and you’ll be up and running straight away. No installation CDs. No fuss. And it’s compatible with Windows too! So you can open, edit and share Microsoft Office documents stress-free.

Ubuntu loads quickly on any computer, but it’s super-fast on newer machines. With no unnecessary programs and trial software slowing things down, booting up and opening a browser takes seconds. Unlike other operating systems that leave you staring at the screen, waiting to get online. And Ubuntu won’t grow sluggish over time. It’s fast. And it stays fast.

Accessibility is central to the Ubuntu philosophy. We believe that computing is for everyone regardless of nationality, race, gender or disability. Fully translated into over 40 languages, Ubuntu also includes essential assistive technologies, which are, of course, completely free.

Ubuntu 18.04 ships with a v4.15 based Linux kernel, enabling the latest hardware and peripherals available from IBM, Intel, and others. The 18.04 kernel delivers new features inherited from upstream, including: